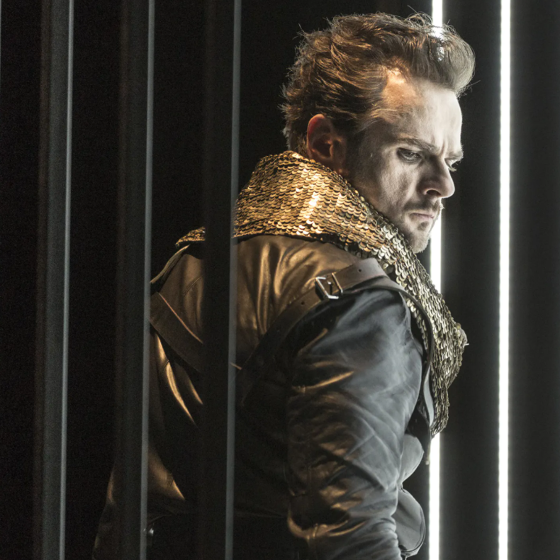 Bedřich Smetana’s third opera, Dalibor, is closely connected with the history of the National Theatre, similarly to his later Libuše. The former received its premiere on 16 May 1868 at the New Town Theatre in Prague, within the celebrations of the laying of the foundation stone of the National Theatre. Libuše was first performed during the National Theatre’s gala opening in 1881, and again in 1883. At the time of composing Dalibor, Smetana was a major Czech opera figure – since September 1866, he had served as the first Kapellmeister of the Provisional Theatre, and he had made a significant impact on the formation of the ensemble that would become the National Theatre opera company. The German libretto for Dalibor was furnished by Josef Wenzig, the head of the Artistic Society, who had contributed to the emancipation of Czech as a language of tuition, yet his literary works remained in German, which was also the case of the texts for the operas Dalibor and Libuše. Upon Smetana’s insistence, Wenzig agreed to deliver the libretto for Dalibor in Czech, yet he did not venture to translate his own German original and hence recommended his student Ervín Špindler to do so. The story of the knight Dalibor reflects the historical events during the rule of Vladislav II, King of Bohemia (1456–1516), yet the plot is rather centred around a romantic legend of a knight who in jail learns how to play the violin. The myth, treated by a number of chroniclers and authors, served as the basis for Wenzig’s libretto. Initially, Dalibor was not received overly positively and met with a lukewarm response on the part of the audience. Nevertheless, following its acclaimed 1886 revival at the National Theatre, it would be regularly staged and given almost 1,100 performances. The opera also gained success abroad, including in Vienna, Moscow, Berlin and Edinburgh. One of the first productions beyond Bohemia was the 1897 staging in Vienna, conducted by Gustav Mahler, an ardent champion of Smetana’s music. Dalibor is a romantic tragedy, with passions being the main driving force, first Dalibor’s wild desire to avenge the death of his close friend and Milada’s endeavour to avenge the death of her brother. Their spite is replaced by mad love for each other, which, however, is thwarted by the forces Dalibor had initially set in motion against himself. Premiere 27.6. 2019 The opera is staged in Czech original version, Czech and English subtitles are used in the performance. Approximate running time, including intermissions: 3 hours, 10 minutes, two 20-minute intermissions