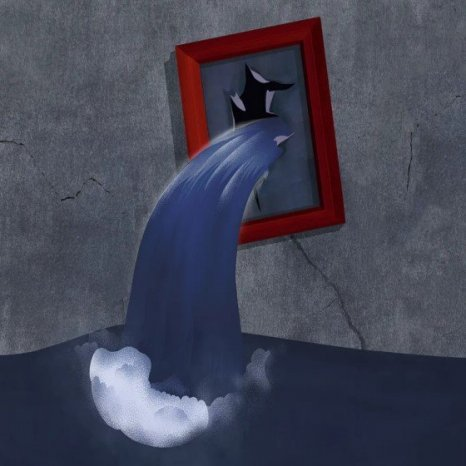 One of the chapters of the German Romantic poet and prose writer Heinrich Heine’s novel The Memoirs of Mister von Schnabelewopski describes the “Flying Dutchman”, a sea captain who strives to outdo Nature by sailing through a ferocious storm and is duly cursed for his blasphemy, with his one and only hope for redemption by death being the true love of a woman. The story immediately captivated Richard Wagner. What more could a Romantic composer wish than to express through music a stormy sea, ruffled human souls, amorous passions and the determination to die for love? The lead heroine, Senta, embodies Wagner’s notion of the ideal woman, prepared to sacrifice herself in order to save a male hero.

Der fliegende Holländer links up to the tradition of Carl Maria von Weber’s and Heinrich Marschner’s German Romantic operas. Yet even though still adhering to the conventional structure of self-contained numbers with recitatives and arias, in this work Wagner set out on the path towards the style that would characterise his later creations, through-composed music dramas with leitmotivs, associated with specific characters and themes. An important role in the opera is played by a dream: Senta lives in another world, different to that inhabited by the people around her; she yearns for the mysterious Dutchman, a figment of her imagination and a phantom she deems real. Wagner thus afforded theatre-makers tremendous scope for presenting the often very narrow borders between reality and dream, or sanity and insanity.

Der fliegende Holländer received its world premiere on 2 January 1843 in Dresden, with Wagner conducting. Its first performance in the Czech lands was given on 7 September 1856 by the German opera company at the Estates Theatre in Prague, under the baton of František Škroup. The opera’s new production will be undertaken by the German conductor Karl-Heinz Steffens, currently serving as the music director of the State Opera, and the Norwegian theatre director and designer Ole-Anders Tandberg.