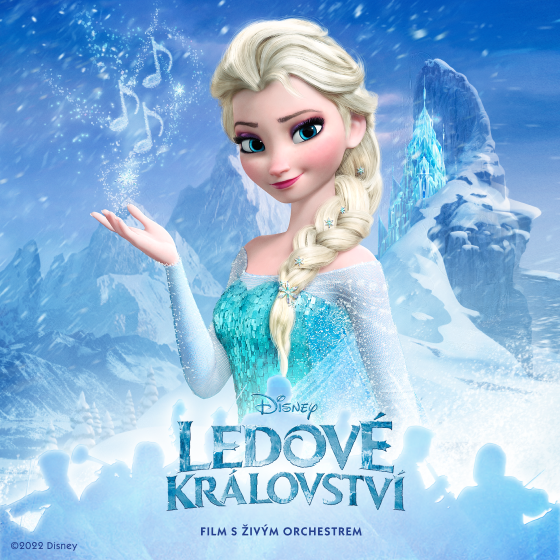 We can never have enough of Frozen and its fantastic music, starting with the Academy

And soon, you can enjoy a brand-new thrilling experience by watching the entire film in

(13:00 and 17:30). As the musicians perform in perfect synchronization with the movie

projected on a giant screen, with its dialogue and sound effects, the perfect acoustics of

the venue will make the soundtracks resonate like never before in Prague!

And to make this concert even cooler, Czech Diva, Michaela Štiková (Gemrotová) will

breakout song and sensation, sending an inspirational message to listeners.

In Frozen, the fearless optimist Anna sets off on an epic journey - teaming up with the

whose icy powers have trapped the kingdom of Arendelle in eternal winter.

Olaf, Anna and Kristoff battle the elements in a race to save the kingdom.

The concert is promoted in collaboration with the international concert agency Sure.

With the Brussels Philharmonic, he recorded the original score for the film The Artist by Ludovic Bource. Winning five Oscars, seven BaftasBAFTAs, three Golden Globes and six César awards, with an award from each for Bource´s original composition, the film is now touring internationally with a live orchestra, conducted by Ernst van Tiel.

As a specialist in film concerts with live orchestra, Ernst van Tiel is conducting most of the great titles: Star Wars, Harry Potter, Vertigo, just to name a few.

ZTP or other discounts are not provided.