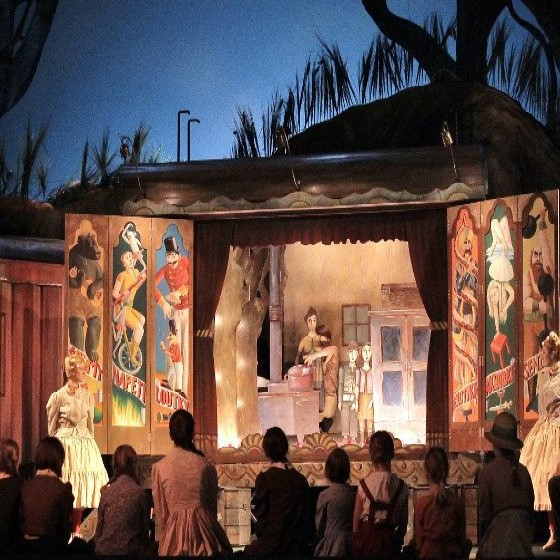 The opera, inspired by the Grimm brothers’ popular fairy tale, is the work of the German composer Engelbert Humperdinck and his sister Adelheid Wette, who wrote the libretto. Premiered in Weimar on 23 December 1893, with Richard Strauss conducting, it was an immediate success, with its popularity growing rapidly, and it soon became a sensation beyond Germany. In 1905, the piece was staged at the Metropolitan Opera in New York. The National Theatre production of Hänsel und Gretel, performed in Czech under the title Jeníček a Mařenka, is directed by Matěj Forman, primarily known to Prague audiences as the designer of magical sets for the highly acclaimed productions he has created in recent years for the National Theatre Opera together with his brother Petr. Matěj and his team’s conception of the musical fairy tale was inspired by the world of itinerant theatre. The score was explored by the conductor and music director of the State Opera, Martin Leginus. Sung in Czech. Czech and English surtitles. Approximate running time, including intermission: 2 hours, 15minutes, one 20-minute intermission. Premiere: 23 April 2015