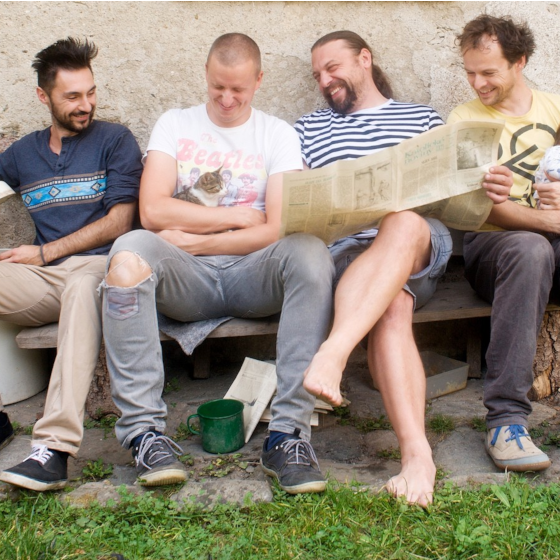 Although the works since 1994, but (as they claim and prove) have little commercial ambition. Yet they have many devoted fans. In addition to the usual gaming club organizes educational concerts for middle schools, where students are trying to bring poetry other than the usual paths. Musical classification group is not easy, her songs can be very fragile, classical dance, formally wacky, almost rock, or punk. At the concerts, members of songs drawn mostly improvised spoken word, while another can sometimes pretty disconcerting. The best known member of the band is about Marek Doubrava, who previously worked as a guitarist in the group of Tata Bojs.