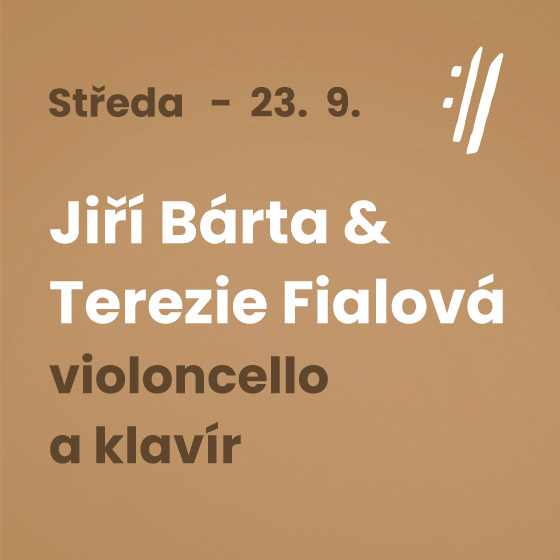 Jiří Bárta and Terezie Fialová will perform five Sonatas for cello and piano in honour of Ludwig van Beethoven, since whose birth 250 years will have passed. Jiří Bárta belongs to the best cellists of his generation. His extensive concert activities include concerts with orchestras such as the Berliner Symphoniker, Royal Philharmonic Orchestra London and others. He is a regular guest of prestigious music festivals and concerts at renowned concert halls around the world. Terezie Fialová is an important personality among young Czech pianists and has appeared on a number of international stages as a solo and chamber player. She regularly performs at important festivals (Basel, Hamburg, Paris, Madrid, New York, Washington and others).

The members of the club may obtain two tickets to this concert either free of charge or at a significant discount (depending on the type of their membership card) and after the end of the concert they are invited to meet the performing artists. Attendance at the meeting with the artists after the concert must be confirmed with binding effect by e-mail on komunikace@auviex.cz specifying the name and number of people.