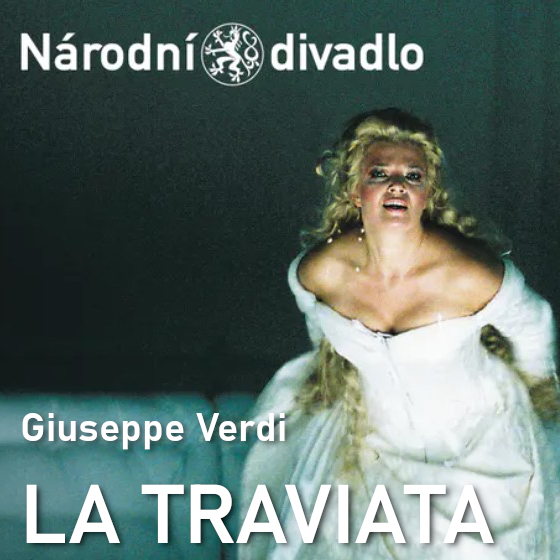 Giuseppe Verdi’s La traviata, to the libretto based on Alexandre Dumas’s novel La Dame aux camélias, about Marie Duplessis, the famous courtesan and idol of Parisian society in the 1840s, is actually the very first significant opera to a contemporary social theme. The work’s premiere in 1863 in Venice was, however, a fiasco: the audience was appalled that the lead role had been assigned to a courtesan who, what’s more, was portrayed in a positive light. Yet Verdi’s opera soon started garnering plaudits and is now one of the most popular repertoire titles the world over. La traviata has been staged by the opera house (today’s State Opera) in Prague since the very beginning of its existence, when it took over the production from the German Estates Theatre. The opera primarily afforded the opportunity to host celebrated foreign singers, including the legendary Australian soprano Nellie Melby (18 April 1900). The most recent production was undertaken in 2006 by a foreign team headed by the French stage director Arnaud Bernard, with the music being explored by the Italian conductor Enrico Dovico. It is one of the most popular State Opera titles and has been performed to great acclaim abroad too (including Japan, 2007). You will have the opportunity to see only three performances of this production, within the Verdi Festival at the very beginning of the season. Subsequently, during the season you can attend Jana Kališová’s production at the National Theatre. The opera is staged in Italian original version and Czech and English surtitles are used in the performance. Duration of the performance: 2 hours and 45 minutes with 2 intermissions Premiere - October 5, 2016