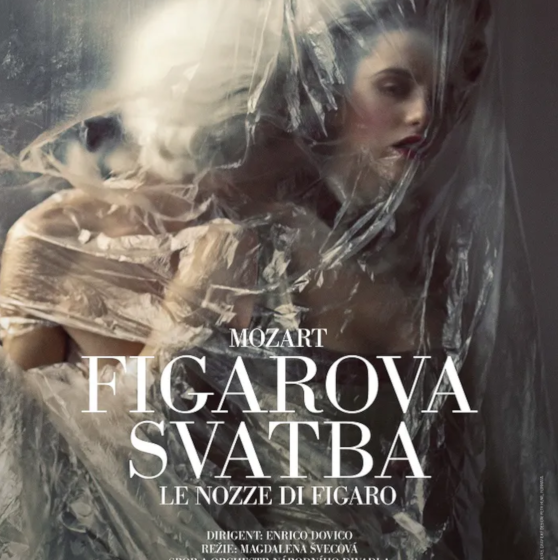 There is just one still operational theatre in the world at which Wolfgang Amadeus Mozart personally conducted performances of his operas: the Estate Theatre in Prague, on whose stage Mozart’s music has been played ever since 1783, when it presented the opera Die Entführung aus dem Serail. In the wake of the resounding success with which his Le nozze di Figaro met in Prague three years later, the composer paid his first visit to the city in January 1787 so as to give the world premiere of his and to conduct a production of an opera, which earned the audience’s immense enthusiasm and resulted in his being commissioned to create another opera. Magdalena Švecová is the very first woman in the history of the National Theatre to direct a production of Le nozze di Figaro, thus presenting a female view of the forms and transformations of love, infidelity and jealousy, in what will be the 20th staging of the title by the National Theatre Opera. The opera is staged in Italian original version and Czech and English surtitles are used in the performance. Duration of the performance: 3 hours and 15 minutes, 1 intermission 20 minutes Premiere: February 1, 2018 Photo: Patrik Borecký Musical preparation: Enrico Dovico Stage director: Magdalena Švecová Sets: Andrej Ďurík Costumes: Kateřina Štefková Light design: Přemysl Janda Choreography: Olga Kyndlová Motion cooperation: Tomsa Legierski Chorus master: Jan Bubák Dramaturgy: Beno Blachut