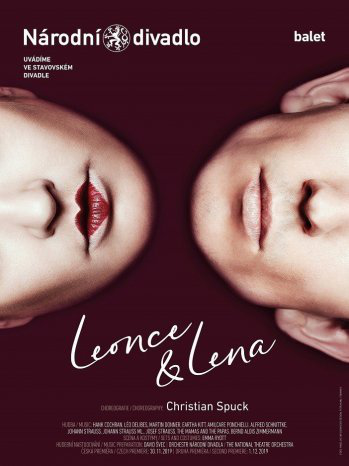 The renowned German choreographer Christian Spuck’s 2008 ballet Leonce and Lena, created for the Aalto Theater in Essen, is based on Georg Büchner’s 1836 play. A satire veiled in humour tells the story of Leonce, Prince of Popo, a melancholic, dreamy young man, and Lena, the beautiful Princess of Pipi, who had their political marriage arranged upon their birth. They revolt against the decisions made by their fathers. On the eve of their planned wedding, Leonce and Lena flee to Italy, where they happen to meet in an inn and fall in love with each other. Following their return to the Kingdom of Popo, their identities are revealed, yet Leonce and Lena no longer perceive their marriage as being forced upon them by their parents, but as a result of the intervention of providence. They ultimately accept their predetermined roles as King and Queen. The production has been staged by such prominent companies as Les Grands Ballets Canadiens in Montreal, the Stuttgart Ballet and Ballett Zürich. Approximate running time 1 hour 50 minutes, 1 intermission 20 minutes Czech premiere: 30 November 2019 National Theatre Orchestra