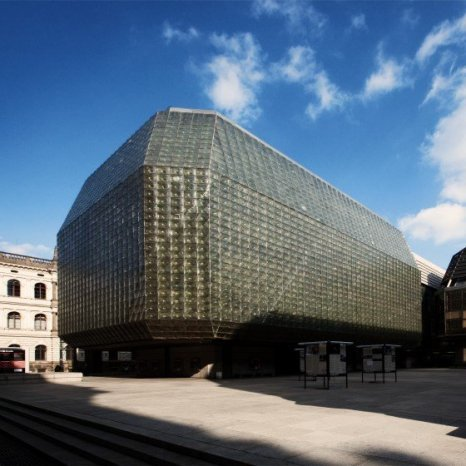 After the publication, in 2019, of a news item about the existence of indigenous communities in the Colombian Amazon, living in isolation by self-determination, and attracted by this act of resistance that dates back three hundred years, Mapa Teatro tracks and fictionalizes evidences noted by this news.

The narrations of shamans, anthropologists, and eyewitness accounts, offer us only some indirect evidence. This search for the existence of indigenous communities in isolation by self-determination, is carried out by Mapa Teatro in the same way that quantum physicists trace the tiny particles that make up the universe, or that astronomers try to determine the existence of planets in other galaxies: confronted by the impossibility of perceiving them directly, they direct their gaze to the forces and vibrations that they imprint on the space that surrounds them.

A year later, in 2020, Mapa Teatro is forced to stop its research for a year, when we areall put in isolation under a strict confinement, due to the pandemic. During that year, each of us experiences strange vibrations in our bodies that coincide with the evidences found in the creation process: the appearance of a third leg, the touch of a beast, the sound of an arrow, the presence of a border, the threat of a proximity.

Is it possible then, that under these circumstances, our search as artists is to allow the isolated people to take over our sleep/dreams so that we experience the possibility of anew way of existence and another way of resisting?

Heidi and Rolf Abderhalden Cortes are siblings, transdisciplinary artists, and cofounders of Mapa Teatro. With roots in the Colombian Andes and the Swiss Alps, their working lives have forever branched across the Atlantic. Dividing their time between Latin America and Europe, they initially founded Mapa Teatro in Paris in 1984, before making Bogota home for what they call their laboratory of social imagination. For over three decades, Mapa Teatro has been constructing its own unique “cartography.”

Everything revolves around the desire to produce “live arts,”a term of Anglo-Saxon origin that these two “cartographer- anthropophagists” have devoured, regurgitated, and reinvented in Latin America over the years in collaboration with artists and thinkers from a variety of latitudes. Theirs is a process of “devouring transcreation” in which human bodies are present within the work-the “live” element from which the English term derives-and become the invisible presence of life itself, a precondition of the work’s very existence.

Mapa Teatro has thus become a home for artistic migrations, a place where myth, history, and current affairs constantly interact; a place of languages and medias (theater, video, installation, opera, radio; urban interventions, performances, and lecture performances); of geographies, languages, and genders; archives of the real and actions of documents.

Mama Teatro presented its work during workshops lead for the Prague Quadreinnale. They will stop in Prague during their European tour.

Members of Mapa Teatro Rolf Abderhalden and Ximena Vargas will lead a workshop at the NT Drama rehearsal room on October 6 and 7, 2021.