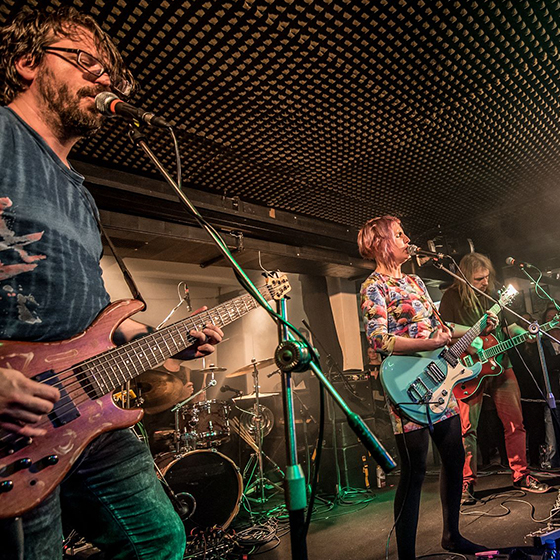 Mucha Brno femi punk band grouped around a young songstress Nikola Mucha. Nikola acting since he was fifteen. Originally performed alone with a guitar, the sharp word did not go away and never ever had so much blush. Perhaps this is why sometimes nicknamed as "depends a skirt." Later he was surrounded by a band of experienced toughs (known musicians from bands Flowers, Ty Syčáci or Budoár old lady) who give her ruthless songs even more saturated colors. Their debut album came out in spring 2013. The very polite and totally scurrilous songs for smart people.

After a well-received debut album the band released Slovácká Epic Mucha in 2014 another CD! Album Josefene! It is a summary of emotional outpourings during the next stage Nikolina mužipohrdajícího world. Another loser on the horizon, another great love, bugs and other visible flaws, another foul, mistakes and misunderstandings, stressed the need for contraceptive use and the imbalance of male and female co-existence, booze and other pleasures facilitating the burden of women's plight, Joseph, Kamil and others .. .Josefene! the scream into space, calling for help, sebesabotáž, destruktáž and dismantling personality. Josefene! dot. They just do not.