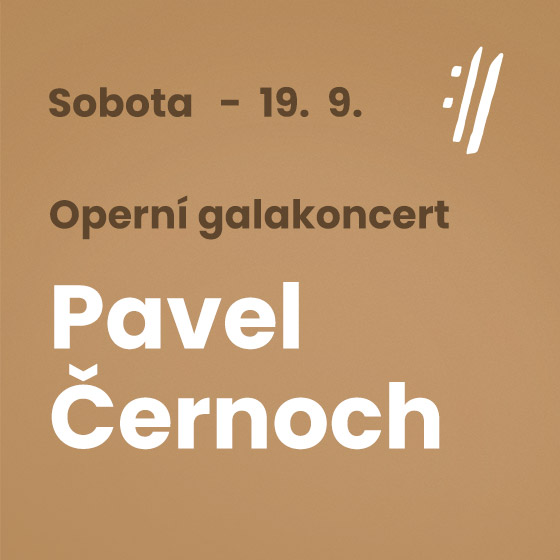 On the second evening after the official opening of the 29th year the IMF Český Krumlov will offer an opera gala concert of one of the most sought-after tenors of his generation, Pavel Černoch. He made a successful debut as Števa in Her Stepdaughter at the Bayerische Staatsoper in Munich in 2009. Since then he has been a regular guest on the stages of the most important opera houses such as Teatro alla Scala in Milan, Berlin Staatsoper, Théâtre La Monnaie in Brussels, Opéra de Bastille in Paris, Teatro Real in Madrid and Bolshoi Theatre in Moscow and at the opera festivals in Glyndebourne and Salzburg. He has achieved success with roles of the Italian, French, Russian and Czech repertoire. In Český Krumlov he will be accompanied by the North Czech Philharmonic Teplice under the baton of Jaroslav Kyzlink. The audience will listen to arias from the operas Tosca, La Traviata, La bohme and Rusalka.