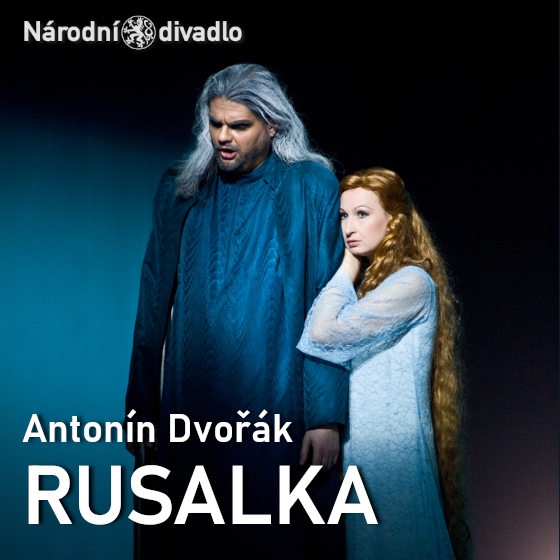 Dvořák’s Rusalka is a true gem of Czech opera, one that has won over audiences worldwide. The composer’s ardent melodies, both tender and dramatically extreme, his masterful work with musical motifs and full-blooded orchestration, as well as Jaroslav Kvapil’s fairy-tale libretto, evoking Erben’s immensely forcible ballads, make Rusalka a work of fascinating beauty addressing audiences of all ages. Rusalka is customary deemed a “mere” fairy-tale. To be sure, there is no doubt that the fantastic story and the characters of the nymphs, water goblin or the witch are of a fairy-tale nature, yet in its fairy-tale scenes Dvořák’s paramount operatic work bears an enciphered yet profound message about the fundamental order of powers, elements, energies and passions in the natural, therefore also human, world. Orchestra, Chorus and Ballet of the National Theatre Opera. The opera is staged in Czech original version and English surtitles are used in the performance. Photo: Hana Smejkalová, Petra Hajská and Petr Neubert Duration of the performance: 3 hours and 10 minutes, 2 intermissions Premiere - May 13, 2009