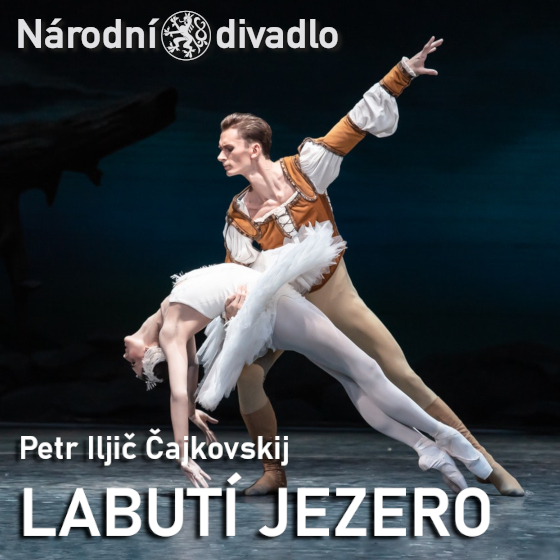 Swan Lake is one of the most feted classical ballet titles, with its productions being among the most frequently staged and attracting the highest numbers of dance lovers. The National Theatre in particular has been historically closely related to the piece, as well as its creator, P. I. Tchaikovsky. The heart of a Czech “patriot” can be proud of the fact that the first to choreograph the music in Russia was a Czech native, Václav Reisinger, and the second (Czech) choreographer, Augustin Berger, was extremely honoured when, after seeing his staging of Act 2 of Swan Lake in Prague Tchaikovsky said that he had experienced “moments of absolute happiness”. Although at first glance coming across as depicting anything but the prosaic reality of everyday life, the ballet has never failed to touch the hearts of audiences, which has applied to virtually every earnest production. To date, the National Theatre has staged 13 adaptations of Swan Lake, which have been choreographed by Augustin Berger, Achille Viscusi, Remislav Remislavsky, Elizaveta Nikolska, Alexander Romanovich Tomsky, Jiří Němeček, Olga Skálová, Konstantin Mikhailovich Sergeyev, Lev Ivanov, Erich Walter, Růžena Mazalová, Marius Petipa, Vlastimil Harapes, Pavel Ďumbala, Hana Vláčilová and Kenneth Greve. The new Czech National Ballet production will be a revival of the immortal story’s version created by the world-renowned choreographer John Cranko, the founder of the Stuttgarter Ballett, shortly before his premature death. His aim was to render a Romantic atmosphere and to incorporate into his piece both the splendour of concept and a certain domesticity. Choreography: John Cranko Sets: Martin Černý Costumes: Josef Jelínek Approximate running time 3 hours, 1 intermission 25 minutes Premieres 28. and 29.3. 2019 Photo of the visual image: The Queens (Alexandre Katsapov, Mario Bakuš) Photographers for production: Martin Divíšek, Serghei Gherciu, Pavel Hejný