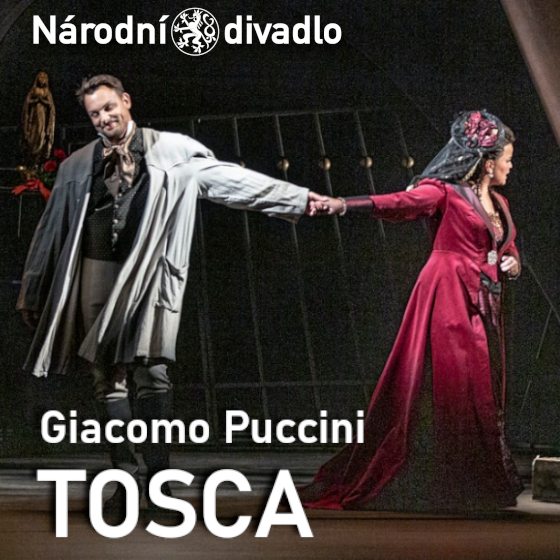 The State Opera production features Josef Svoboda’s legendary scenery dating from the era of the May the Fifth Grand Opera (today the State Opera). This Tosca production premiered on 4 May 1947, six days prior to the designer’s 27th birthday. In June 1999, Svoboda’s sets, ranking among the most accomplished in Czech post-war theatre, were reproduced by Daniel Dvořák, a pupil of Svoboda’s and the then director of the State Opera Prague. The faithful copy, made by means of modern technologies, contributed to the great popularity of the production, which also met with an enthusiastic response during the State Opera’s tour of Japan, with the renowned sopranos Maria Guleghina and Eva Marton portraying the title role (2003), as well as in Salzburg (2006). In May 2020, the State Opera will mark the centenary of the birth of the celebrated Czech set designer by staging his memorable production of Tosca. Giacomo Puccini had mulled over Victorien Sardou’s La Tosca ever since 1889, when he saw in Milan a performance of the drama, starring the feted actress Sarah Bernhardt. Yet owing to the complicated negotiations between his publisher, Giulio Ricordi, and Sardou, and due to Puccini’s working on Manon Lescaut and La bohme, the composition was delayed and Tosca was only completed in 1899. The world premiere of the opera, on 14 January 1900 at the Teatro Costanzi in Rome, was a resounding success, even though some scorned it, including Gustav Mahler, who referred to the work as a “Meistermachwerk” (sham masterpiece), and Richard Strauss, who dismissed it in even harsher terms. Today, the opera about the diva Tosca, her lover, the painter Cavaradossi, and the malicious police chief Baron Scarpia, set in 1800 in Italy during the time of Napoleon’s war against Austria, is one of the most popular operas worldwide. The opera is staged in Italian original version and Czech and English surtitles are used in the performance. Duration of the performance: 3 hours, 2 intermissions Premiere - June 7, 1999