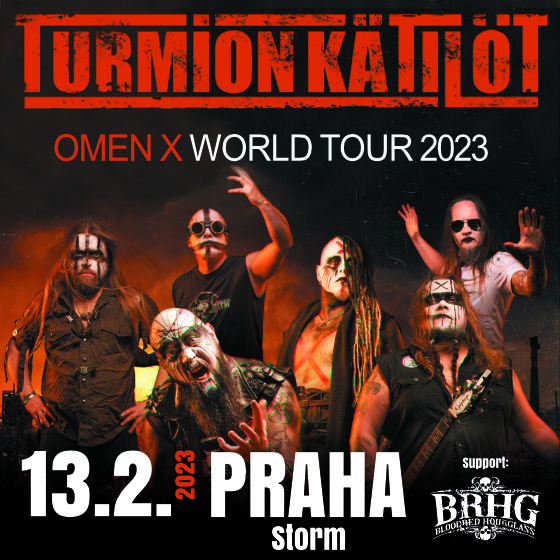 Finns TURMION KÄTILÖT have announced the release of a new album and renamed their upcoming tour! In February 2023 in PRAGUE!

The touring cycle starts in Finland immediately after the release of “Omen X”. Band will play its biggest show ever in Helsinki, Ice hall, on 14th January 2023. After a couple of shows in the home country “Omen X” will be served all over Europe with 20 gigs in February 2023.

"In the Omen X production, we encountered only positive problems. Due to the closures caused by Covid 19, there were so many songs available this time that it was even painful to choose only one album of songs from them. The amount of material and the difficulty of selection seemed to take up an unnecessary amount of valuable studio time at times. Otherwise, making the album went smoothly as always. From the artist's point of view, the album got a hell of a new sounds and atmosphere. A very cleansing experience. The tenth prophecy has been given. You're welcome!” - MC Raaka Pee

So if you don't have your ticket for this mega party yet, feel free to order it, it's going to be a hell!