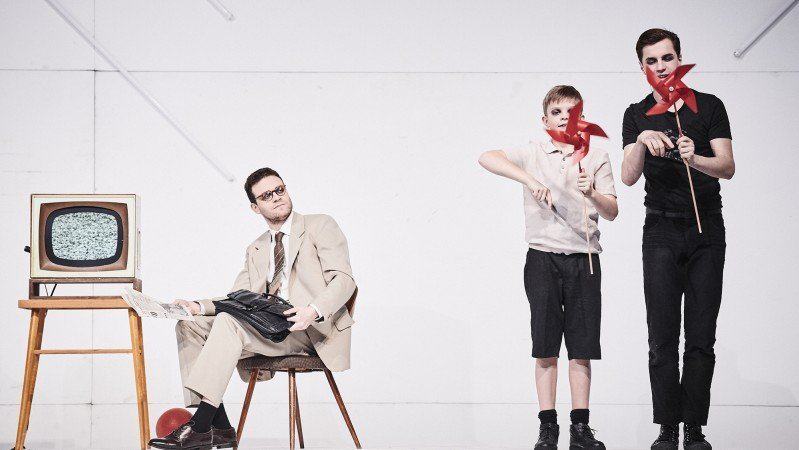 The theatre adaptation of the third novel by Jáchym Topol (b. 1962), Night Job, evokes the gloomy atmosphere in a Czech border village at the time of the invasion of Czechoslovakia by the Warsaw Pact armies – a turning point in our history. Two brothers, Ondra and Kamil, have been “tucked away” there by their father, who pursues an unidentified secret mission and cannot take care of his sons. Consequently, the boys become the village’s “property”, and serve as the channel through which the exacerbated collective memory flows. Within several August days, depicted by Topol in his singular imaginative style, we seem to find ourselves in the vicinity of all the major events that a typical Czech village might have experienced – war, displacement, collectivisation, but also witch hunts, pogroms, carnival orgies. In Topol’s novel, history and timelessness intersect in an alarming, nerve-wrecking dance. The task of transferring this dance to the stage will be quite a challenge for the director Jan Mikulášek. Premieres 14. and 15.2. 2019 It is staged in czech language. Approximate running time: 2 hour, no intermission.