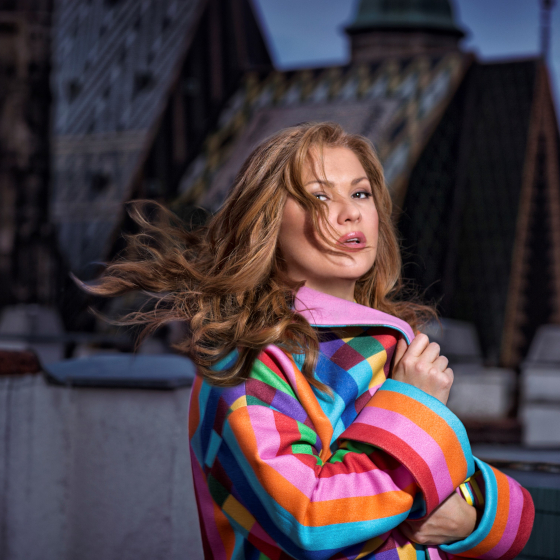 Anna Yuryevna Netrebko a Russian-Austrian operatic soprano. Discovered and promoted by Valery Gergiev, she began her career at the Mariinsky Theatre, collaborating with the conductor in the theater and performances elsewhere. She was noticed globally after playing Donna Anna in Mozart's Don Giovanni at the 2002 Salzburg Festival. She had been known for her rendition of lyric and coloratura soprano roles, most notably Donna Anna and Violetta in Verdi's La traviata, and proceeded into heavier 19th-century romantic roles, such as Leonora in Il trovatore and the role of Lady Macbeth in Macbeth. Since 2016, she has turned her focus to Verismo repertoire.