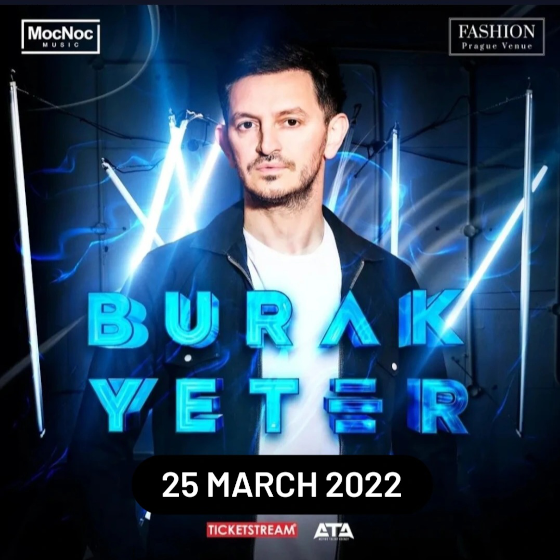 Burak Yeter (born 5 May 1982) is a Dutch – Turkish DJ, record Producer and Remixer. Yeter signed a contract with Pioneer in 2008, and opened DJ schools in Amsterdam, Istanbul and Los Angeles, giving professional education. Burak Yeter is the CEO of Connection Records DJ Academy and has developed nearly 3000 certified students to this day.

In 2015,Yeter started a new page in his career with his “New World” project; “new songs with a new world”. He released his first single “Happy” on Spinnin’ Records, where the track was voted best song of the week in the Spinnin’ Talent Pool. Follow-up single “Tuesday” was a bigger success, reaching the #1 in more than 80 countries and achieved one of the best songs of 2017 by Radios and TVs.

After hitting international charts with his mega-hit Tuesday, his new single MY LIFE IS GOING ON with featuring Cecilia Krull from the famous Netflix serie La Casa de Papel became his second worldwide success already hitting #1 spot in multiple countries and following releases out “Move Like This” by Armada Music and “GO 2.0” , “Echo” and “Winners” by Spinnin’ Records.